Paso Robles is named ‘Wine Region of the Year’ 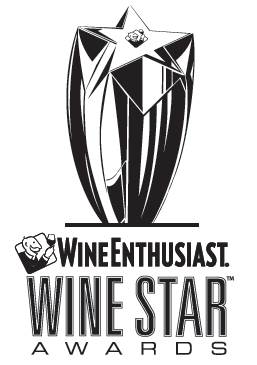 Wine Enthusiast Magazine has named Paso Robles the winner of the 2013 Wine Star Award for Wine Region of the Year.

Paso Robles’ winemakers, growers, and industry are thrilled to be recognized among some of the world’s greatest wine producing regions with this incredible award, the Paso Robles Wine Alliance said in a statement.

The hard work and dedication of our growers and wineries has paid off, as we’re recognized on a worldwide stage as a producer of great wine that doesn’t always conform to the rules, the alliance said. “Many thanks to Wine Enthusiast for this amazing honor!”

“Wine regions far more famous than Paso Robles produce great wines, but few places exhibit the spirit and can-do positivity of this Central Coast appellation,” Wine Enthusiast Magazine said in its announcement. “It’s not easy for a wine region to reinvent itself, but Paso is doing it with flair.”

Put another way, it’s the region to watch, the magazine said. It continued:

“Its vinous beginnings are similar to other Californian regions. Grapes were planted in the 18th century by Franciscan padres for altar wine when the state was Mexican territory. By the 1880s, Paso had a thriving commercial wine industry.

“By the 1980s, the boutique winery movement had arrived, symbolized by the 1981 arrivals of Jerry Lohr and Ken Volk. The decade also saw the proliferation of Syrah, which would have a huge local impact.

“But it has been in the 2000s that Paso Robles has turned the corner on its past reputation.

“In part, that reputation—for excessive heat—was valid, especially in the appellation’s eastern and northern corners. But it was also never completely justified—there simply had been few vintners willing or able to exploit Paso’s varied terroirs.

“What caused that to change is a bit of a chicken-and-egg conundrum, but the issue was described well by ONX winemaker Brian Brown, who told Wine Enthusiast: ‘As there’s more interest in Paso wines from the public, that brings capital in, so folks want to invest, and [winemaking] talent follows the money.’

“In particular, young winemakers want to work there, because they can pursue their visions outside the constraints of convention. In Paso, we don’t care about boundaries or traditions,’ says Matt Villard, the owner/winemaker at MCV Wines. ‘We’re just out to make the best wines we can.’

“Whether the varieties are Spanish, French, Italian, or, as with Zinfandel and Petite Sirah, historically Californian, Paso vintners can tinker with blends and styles that would be unfeasible in other regions more bound by tradition and consumer expectations.

“Jerry Lohr, at J. Lohr, while crediting Paso’s climate and soils, praises ‘the new energy we have here. We don’t rest on our laurels. We’re always willing to learn.’

“It’s that happy willingness to forge forward, to press relentlessly into the future and craft its own identity for the 21st century that makes Paso Robles Wine Enthusiast’s 2013 Wine Region of the Year.”