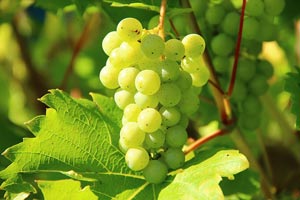 In the third year in the drought, many grape growers, said Jason Haas of Tablas Creek, were struggling at the end of the growing season in the fall of 2014. He added however, it really depends on where the vineyard is located because some areas are more dry than others. The rain at the end of December, however, offered some relief for grape growers, Haas said. Though they’re not out of the woods.

“It is essentially everything we were hoping,” Haas said.

“It has had an impact,” Haas said, adding that in talking to other winemakers, many others have been hit with lower yields because of the drought.

However, he said that the quality has not been impacted.

For the 2015 harvest, he said it’s unknown how it will be affected. “It’s still very early in the growing season,” Haas said.

The rains so far for the rainfall season, which is July 1 to June 30, are a good sign. “I think of it as being a down payment for a good harvest,” Haas said. “Knowing that we’ve banked this much water, at least it’s not going to be catastrophic.”

Where Tablas Creek is located, northwest of Paso Robles, closer to the ocean than lot of the other vineyards, Haas said he’s hoping for 30 to 40 inches of rain this rain season. Last year, he got about 10 to 11 inches of rain. According to the Paso Robles Wine Country Alliance, the city of Paso Robles gets an average of 15.5 inches a year with as little as eight inches on the eastern portions of the Paso Robles AVA and as much as 45 inches on the far western edges where Tablas Creek is located. Though the area got a high amount of rain in December since the drought began, January is typically the wettest month.

While two-thirds of his vineyard could be supplemented with irrigated water, one-third of it is dry farmed, and does not get any water unless it falls from the sky.

“We’ve trained the vines not to need [supplemental water] in a normal year,” Haas said, adding his vineyard can go about one year without water. In 2012, he said he gave his vines a drink and two drinks last year.

A short rainfall Tuesday night and Wednesday morning yielded .24 inches of rain, according to the records kept by the city of Paso Robles.

So far the rains have not made much of dent in the local lakes. Lake Nacimiento is currently just 23-percent full and Lake San Antonio is 4-percent full. 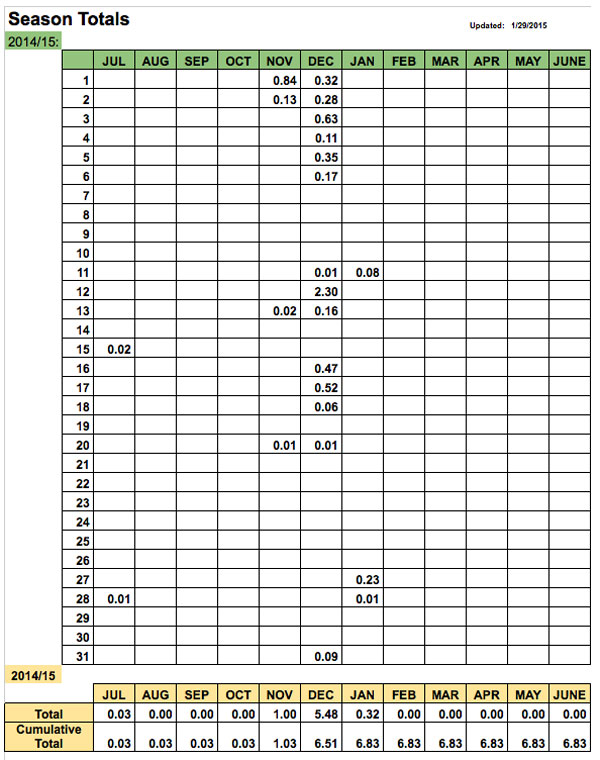