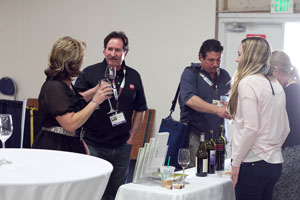 Due Diligence for Winery Buyers

Best Practices for Owning and Operating a Winery

A seminar held earlier this year in Santa Rosa, Calif., aimed to provide current information for those who want to buy, sell or own a winery—or to serve the wine business. The fifth annual, two-day event offered current credit to lawyers and practical information comprehensible to laypeople. Organized by The Seminar Group, the sessions covered a wide range of subjects from due diligence when buying a winery through water and energy issues, marketing, trademarks, contract winemaking and recent legislation and court cases that impact the industry.

The first panel addressed due diligence and the permit issues that affect every wine business. Although he opened with a disclaimer: “There hasn’t been much acquisition of vineyards of late,” Richard “Brock” Brockmeyer of Wine Industry Investment Consulting shone some perspective on the current market for vineyard property and suggestions for those who are looking to buy or sell.

Brockmeyer advises Premier Pacific Properties on its purchases. The fund owns 27 properties in seven counties in California, Oregon and Washington, encompassing some 30,000 acres.

Brockmeyer reminded attendees of the roughly 10-year cycle for production in the wine business as wineries run out of grapes, then growers begin to overplant. It’s three or four years of increasing prices, then four to five years of slowing down. “We’re just about to come out of the downturn,” he said.

Obviously, grape prices have a direct impact on vineyard property, too. Brockmeyer cited one Chardonnay vineyard in Sonoma County, Calif.: Originally listed at $4.7 million at the market’s peak (2001), it was reduced to $3.2 million a year later. He bought it last year for $2.35 million—half the original price.

When advising his clients, Brockmeyer uses a 38-point list for due diligence. He works with multiple consultants from lawyers, geologists and viticulturists to environmental specialists, biologists and archeologists.

He noted that, ironically, his team looks for poor soil by typical agricultural standards, mostly on hillsides, as well as suitable climate. The easiest way is to look at the neighbors in planted areas; the process is more challenging in undeveloped regions, where he may place weather stations for monitoring.

The first place to look for problems when buying land is the preliminary title report, Brockmeyer said. The property may not have clear access even with an apparently legal road. Access to the property may be granted to others for mineral rights, power lines, roads or other uses across the land. This could disrupt growing vines.

Aerial photos (Google Earth) and USGS topographic maps are useful, too. Brockmeyer normally uses a surveyor’s report for verification, but he may dig deeper if the land is valuable.

He quoted typical current prices in Napa Valley at $200,000 per acre and said it’s $50,000 in Sonoma County and $10,000 in Washington state. If the plan is eventually to sell the property, the ability to divide the land into parcels may be important.

Water and trees are protected

In addition, water rights are almost always an issue, and now water is more and more regulated. Riparian rights from rivers and creeks can only be used in the watershed and can’t be stored more than 30 days. Appropriative rights come by permit, allowing water collection and storage.

In general, ground or subsurface water is not licensed in California, but that is likely to change. Another form of water is sheet flow from the vineyard, before it enters a stream.

Trees are becoming a big issue, too. In general, you need a permit to cut conifers in California. Oaks have a lot of neighbor interest, as the Kendall-Jackson organization learned when it cut many visible trees in Santa Barbara County. Most trees are fair game in Mendocino County, but in Oregon you need a permit to cut any trees—although securing a permit is possible.

Mario Zepponi, president of Zepponi & Co., continued by zeroing in on permits. A “former” lawyer who worked at large wineries, Zepponi now advises companies about winery and vineyard acquisitions.

Most winery and vineyard owners probably consider permits a nuisance, even a major problem, but Zepponi pointed out that they form the foundation for extracting value from real property assets. Permits to plant vines and build and operate wineries can be very valuable, as could the potential for home sites and property division.

He noted three common hurdles to operating a vineyard: erosion control ordinances, endangered species restrictions and objections by neighbors. The biggest issues in permitting a winery include property zoning, water and wastewater, getting permits for different functions and amendments or modifications to usage. And endangered species can stop development.

Any vineyard over 5% slope requires a permit in Napa County, for example, while any over 30% requires both a permit and an environmental impact report, which can cost $100,000 and take a year to complete.

Sonoma distinguishes between erodible soil and permeable soil, allowing up to 15% slope for the latter and only 10% for erodible hillsides.

Neighbors, however, are what Zepponi called a “wild card.” “They can raise all sorts of issues including water, wastewater, traffic and nuisance value. Nuisance is often the issue they claim.”

Winery permits can be quite valuable. Napa requires a minimum of 10 acres for a winery permit (though certain historic wineries can be on smaller parcels). Winery permits are considered a discretionary process; an environmental study may be demanded, followed by public notice and an appeals process.

Uses allowed at a winery are also varied. Old wineries enjoy many privileges not available to newer ones. The possible uses are production, tasting room (by appointment only for new wineries in Napa, for example), retail sales and events.

Napa loosened its restrictions on events slightly last year, but it still prohibits many uses that remain popular in other wine regions, including restaurants, inns and weddings. Even so, the value of an existing winery permit in Napa ranges from $500,000 to $3 million. In Sonoma, it’s $500,000 to $1.5 million, and on the Central Coast, $250,000 to $1 million, Zepponi said.

No deli or weddings

Prices rise for a permit with a public tasting room, retail sales and food and events. “No one will ever get a permit like V. Sattui (40,000 cases, founded in St. Helena in 1975) with its deli and weddings again,” Zepponi pointed out.

Likewise, Napa prohibits new hilltop buildings both by erosion control requirements and a “viewshed” ordinance that bans any building visible on ridges from major roads.

What if you have land without proper permits? Zepponi said that it’s often possible to obtain them, sometimes by upgrading property to code. Fighting can be dangerous, however: One stubborn Sonoma winery owner was forced to tear down buildings constructed without permits.

Not many people are interested in building a winery at this time, Zepponi concluded. “You can buy an existing winery for less than developing one at present.”